Pay your respects at the most notorious of all Nazi concentration camps, Auschwitz-Birkenau on the tour with an English speaking guide.

On this tour, you will visit the camps of Auschwitz I (for approx 2 hours), and Birkenau (for approx 1 hour). The guide is shared in groups of 30 people. During the course of the tour, you will get about 15 minutes break. It is advised that you carry your own food and water to reduce undue delays caused by ordering food on the spot.

Nearly 1.3 million people were held captives in these concentration camps. Today, the complex is visited by people from all over the globe who pay their respects to the victims and who try to imagine the extent of violence and hatred faced by the people living in the camps. A museum and exhibition have been set up by the authorities, which display photos, letters and other items related to the concentration camps.

Meeting point:
Time on the voucher, is a meeting time on the Hotel Warszawski, Pawia 4-6 Street. If you want to be picked up from your hotel please confirm the pick-up place and time directly with the local operator. You can find their contact information in the voucher after booking
What to remember
Read more
Provider
AT Cracow
Booking fee
Good news! No extra fees are applied to this booking.
Cancellation policy
Receive a 100% refund if you cancel up to 3 days before the experience begins. If you cancel up to 1 day before, you can still receive a 25% refund. 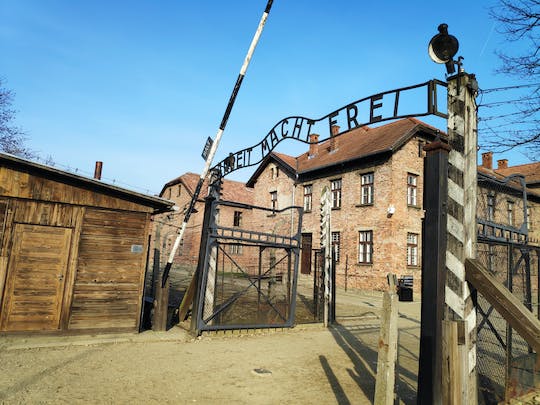