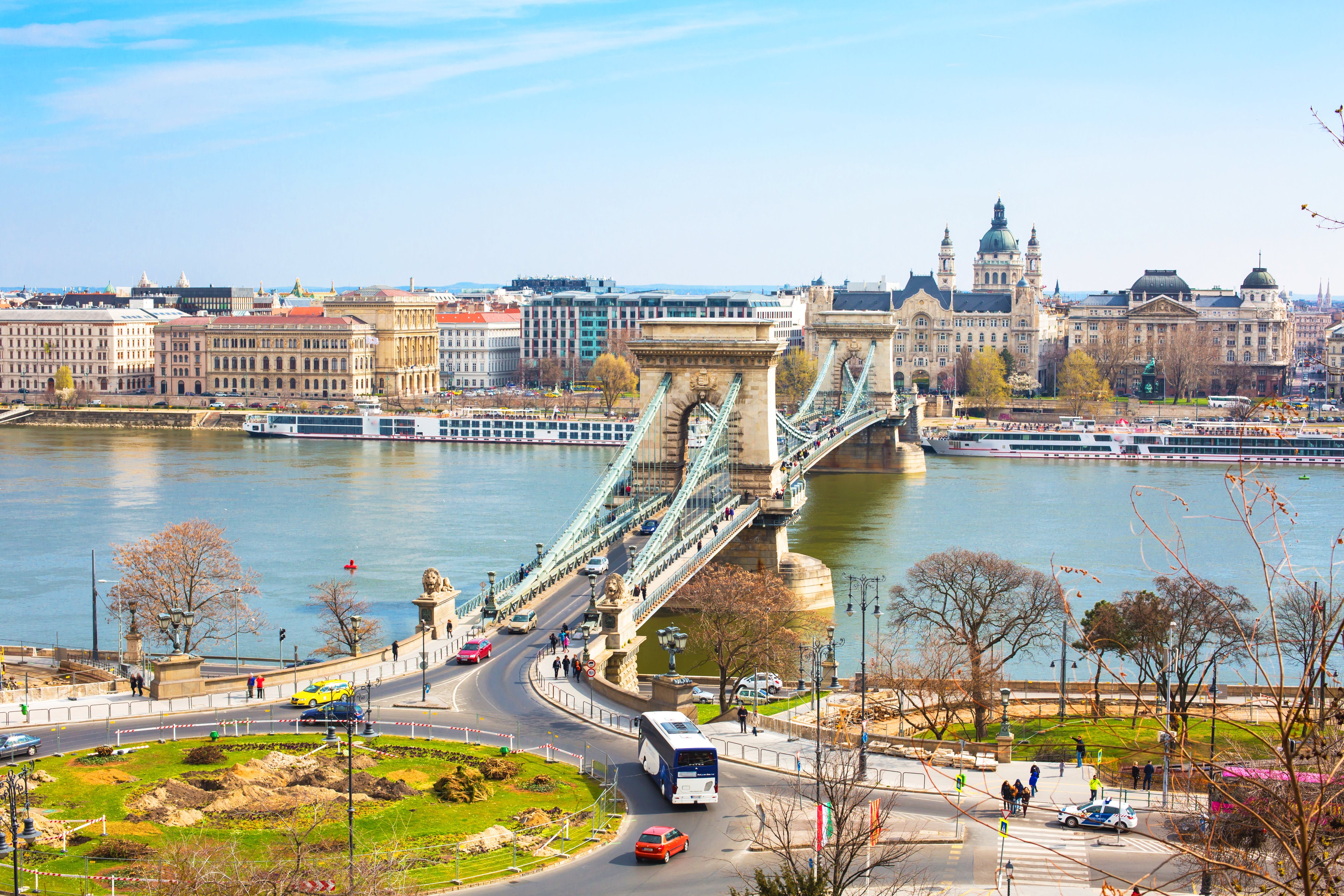 Some inspiration for Budapest 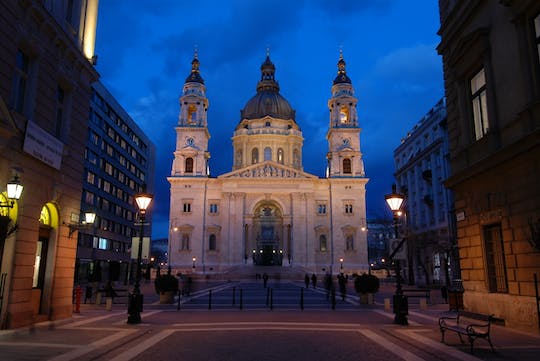 Listen to an organ concert in the beautiful St. Stephen's Basilica in Budapest and hear performances by Miklos Teleki, Kolos Kováts and Eleonóra Krusic. 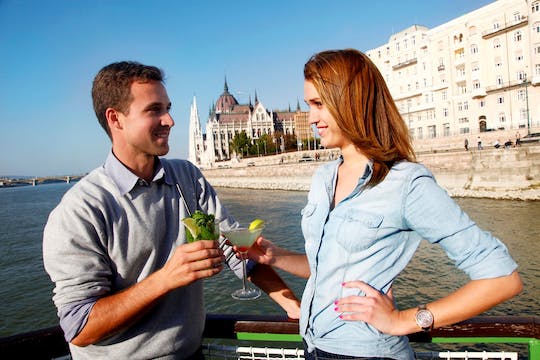 Cocktail cruise on the Danube River with transport

Buy your cocktail cruise on the Danube River with transportation from your accommodation. Ane, experience with breathtaking views of the UNESCO World Heritage Sites of Budapest from the water. 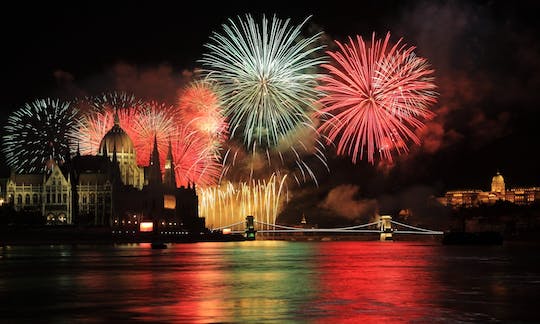 Dinner and Danube cruise with fireworks

Enjoy Budapest on August 20th, its Saint Patron's Day, with a river cruise on the Danube during the marvelous fireworks. Live an exciting feast atmosphere. 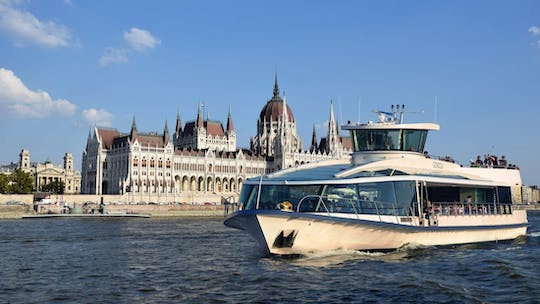 Enjoy the beauties of Budapest from along the river Danube. Stroll around Margaret Island and learn more about the monuments of this beautiful city. 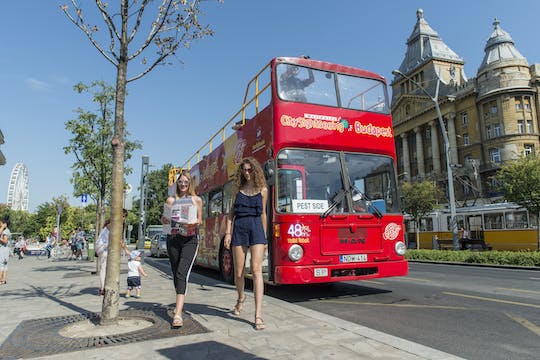 Discover Budapest on board a hop-on hop-off bus tour and see the best sights this city can offer. Combine your ticket with a boat tour and a walking tour to see the city from another perspective 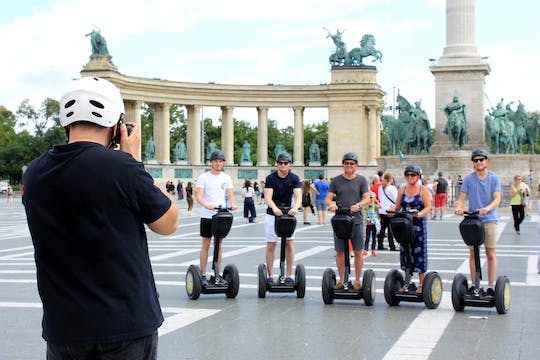 Enjoy a guided Segway in Budapest and visit the City Park with the famous Heroes' Square. Learn from your guide interesting facts about Hungarian history

Communism in Hungary tour with a Historian

See the remnants of Communism in the capital of Hungary as they come alive in front of your eyes through an expert historian and family stories. 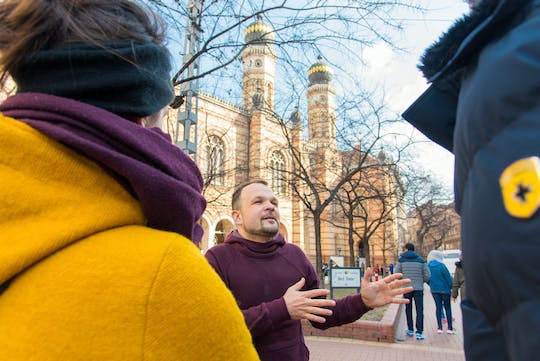 Jewish Budapest tour with a historian

Discover the 7th district, where Jewish culture has bloomed for over 200 years and today hosts the largest Jewish community of Eastern Europe. 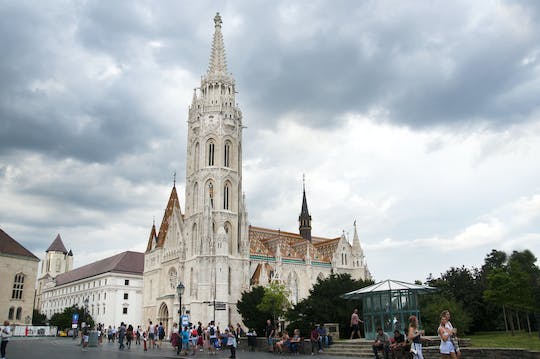 Admire the Gothic Matthias Church, explore Fishermen's Bastion and the Royal Palace complex and visit the "Hospital in the Rock" WW2 bunker museum. 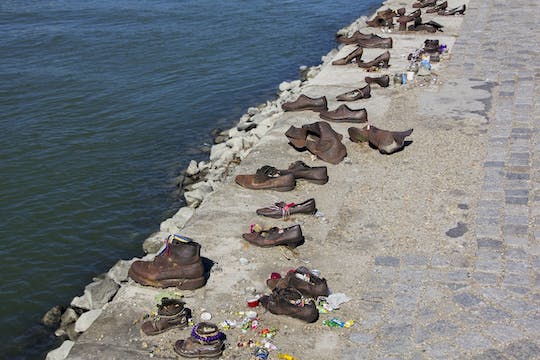 Admire the Danube views walking along the river bank, visit the Shoes on the Danube monument, see the Art Nouveau palaces and the Chain Bridge.

Things to do in Budapest

Buda and Pest were two cities with oodles of charm and history. And then, 150 years ago, the Hungarians had the inspired idea of merging them into one mega-city that’s become a byword for sophistication. Thus was born Budapest. Hungary’s cosmopolitan capital is bursting with monuments, parks, bars, restaurants, entertainment venues, activities and more. Its leafy boulevards, vast basilicas and opulent opera house hark back to the glory days of the Habsburg Empire. It’s a city that can be explored on foot, by tram or on a River Danube cruise. Top things to do in Budapest include taking in the views from the elevated Buda Castle, traipsing through history in Memento Park or wallowing in thermal baths.Top six things to do in Budapest1. Enjoy a boat trip on the River DanubeIf one attraction defines Budapest, it’s the river that flows through its heart. A boat trip on the Danube offers the perfect vantage point from which to observe the monument-topped hills of Buda and the Habsburg-era waterfront of Pest, especially the ornate Hungarian Parliament building. The views are so special that it’s an experience worth repeating – a cruise by day and another by night. For an alternative view of the city, hop on to the No.2 tram for a ride along the Pest riverside in one of the yellow retro carriages.2. Visit the Hungarian ParliamentYou don’t have to be a political anorak to be smitten by the eclectic epicentre of Hungarian democracy. Built at the turn of the last century, no expense was spared in fitting out its almost 700 rooms and dressing up its extravagant exterior in a blend of revival architectural styles.Tours of the parliament take you to the most celebrated sections, including the debating chamber, the golden staircase and the Dome Hall, where the Holy Crown of St Stephen, believed to be about 900 years old, is displayed.3. Relax in thermal watersWith nine thermal baths, replenished by more than 120 hot springs, it’s easy to see why Budapest is known as ‘the City of Spas’. The choice is a varied as the settings, while temperatures range between a bath-warm 21°C and a sizzling 74°C. The lavish Gellért Baths are decorated with art nouveau majolica tiles and Roman columns. While the palatial Széchenyi Baths are where locals go to play chess – outdoors and in the water. And to be seeped in history, the Király Baths date from the Ottoman era in the 16th century.4. Explore the hills of BudaWhile Pest is flat, Buda on the west bank of the Danube rises steeply above the river into a string of hills. These offer dramatic panoramic views over Pest and the Danube – and they´re also packed with attractions. In Gellért Hill, the sights begin at ground level in the Hill Cave Chapel, while at the summit, there’s the Citadella and Liberty Monument. The adjacent Castle Hill has even more to offer. There’s the immense Buda Castle, which houses the restored Gothic church of St Matthias, and the famous Fisherman’s Bastion, or Halászbástya. It offers possibly the best panoramic views in the city.5. Mementos of Budapest historyStrolling around Budapest, the sheer elegance the city is evident. Boulevards such as Andrassy Avenue, which runs for 2.5km from St Stephen’s Basilica to Heroes’ Square, speak of the halcyon days of the late Habsburg Empire. The opera house and a number of museums evoke this golden age. But these fashionable façades also hide a darker past. You can visit the House of Terror to see the former secret police headquarters. And the Great Synagogue, the heartbeat of a once-large Jewish community, is nearby. While on the southeastern outskirts of the city is Memento Park, where huge statues of communist leaders have been deposited in a scrapyard of socialist realism. All among the most interesting things to do in Budapest.6. Food and drink in BudapestHungarian names for food and drink may be a mouthful but after tasting them, you won’t forget them. Any foodie experience in Budapest has to start in the vast, wrought iron Nagycsarnok, or Great Market Hall. It’s like a Victorian rail station flooded with natural light and the aromas of fresh produce. While upstairs, you’ll find for no-frills diners with violin-playing waiters serving spicy goulash. Ramping it up style-wise, the New York Café – dubbed the ‘most beautiful café in the world’ – is a glittering relic of Habsburg high life. If you’re going to savour Esterházy torta and Tokaj essence, it might as well be here. The cake menu is more like a catalogue, such is the selection of tasty treats.
Read more