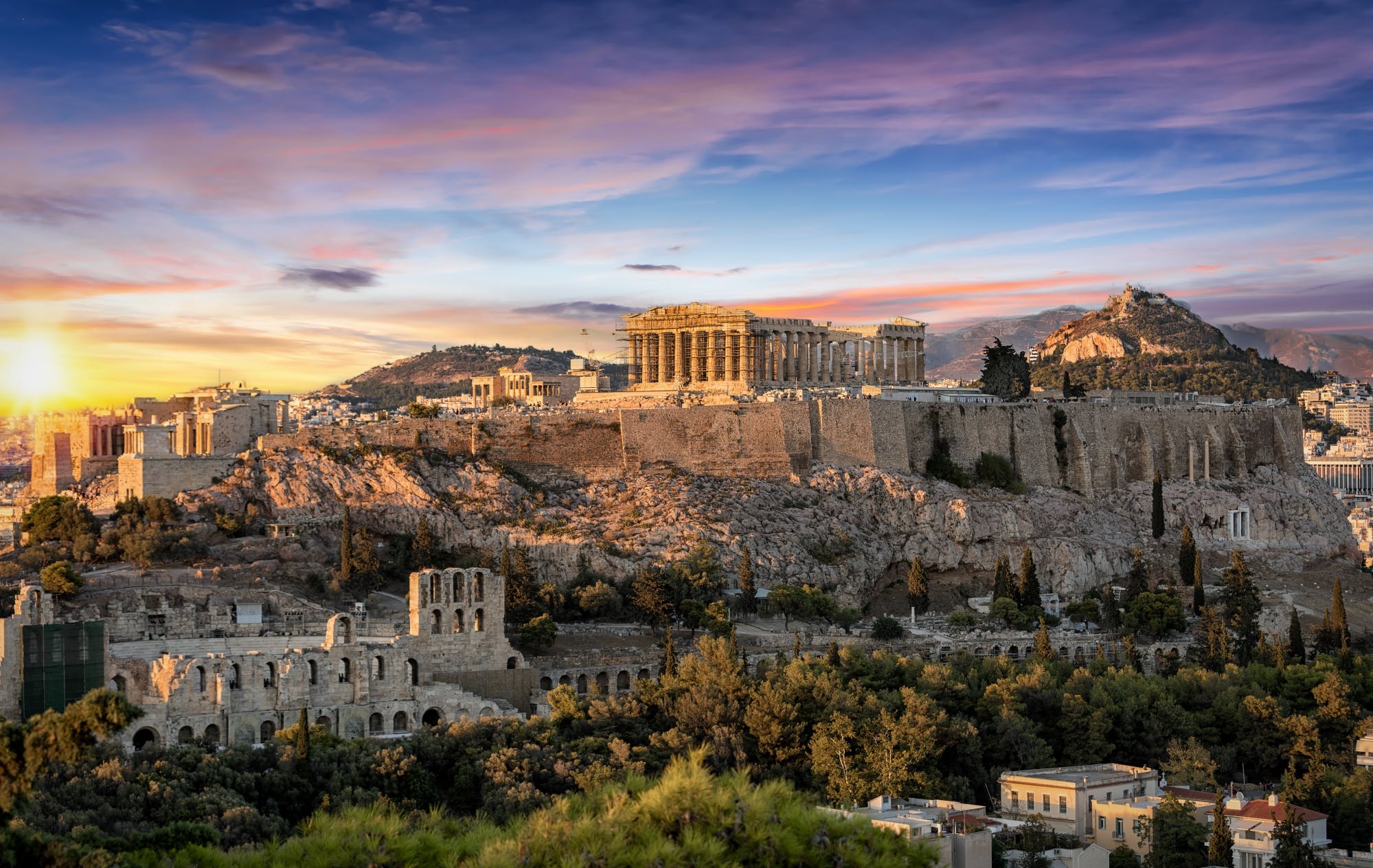 Things to do in Athens

Some inspiration for Athens 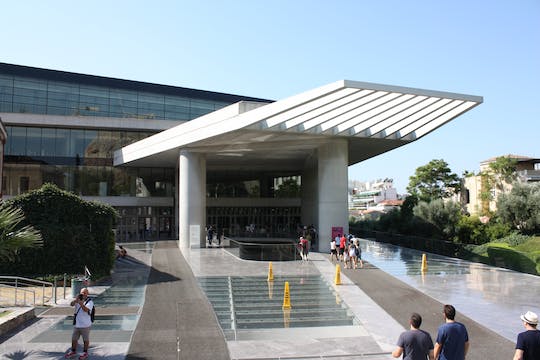 Enjoy this audio tour of the Acropolis Museum of Athens on your smartphone and admire the treasures of Ancient Greece. 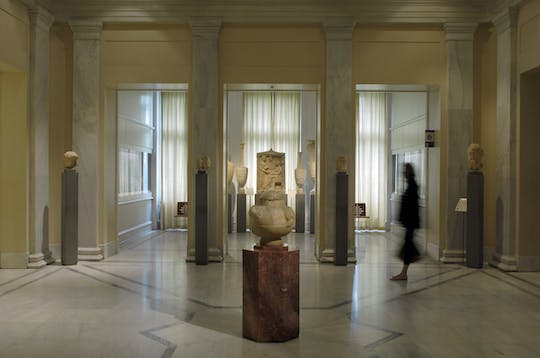 Explore the exceptionally rich collection of the Museum to retrace the history of Greek culture from the Prehistoric era to modernity! 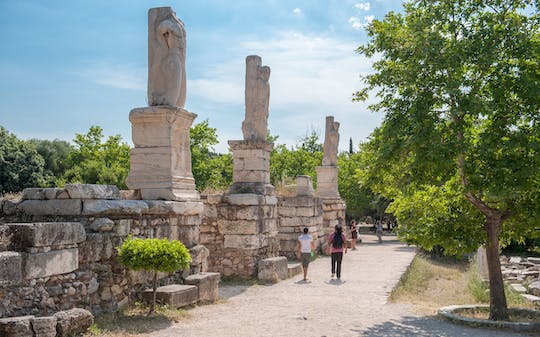 Virtual tour of Ancient Agora of Athens from home

Enjoy a hassle-free virtual visit to the Ancient Agora of Athens from the safety of your home. 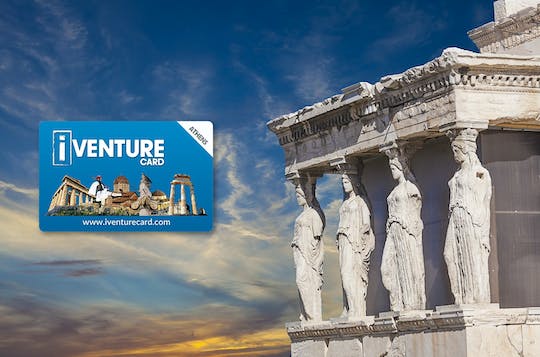 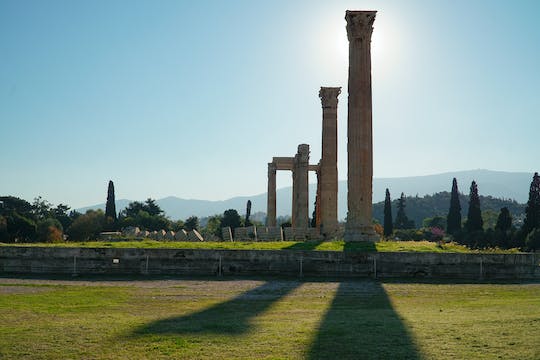 Audio tour of the Temple of Olympian Zeus of Athens

Discover the Temple of Olympian Zeus in Athens thanks to this self-guided audio tour on your smartphone.

Athens's fascinating mix of antiquity and contemporary vibrancy is especially evident when the sun goes down. Experience the magic of Athens by night on this excursion, as you take a scenic tour through the city and enjoy dinner and a Greek dance and music show in the historic Plaka district.

Get the chance to visit the vast collection kept in the Acropolis Museum and to admire artifacts retrieved from the Acropolis' slopes! 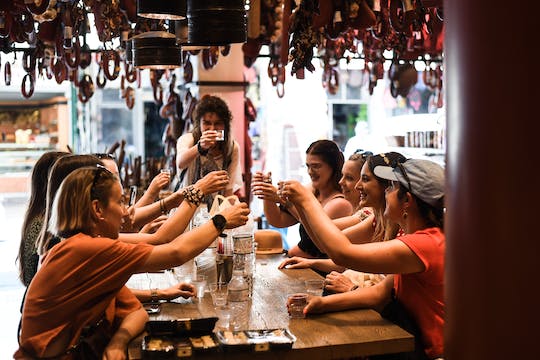 Join this combined Acropolis and food walking tour in Athens. Learn about the history of the historical landmark before exploring Athens Central Market. 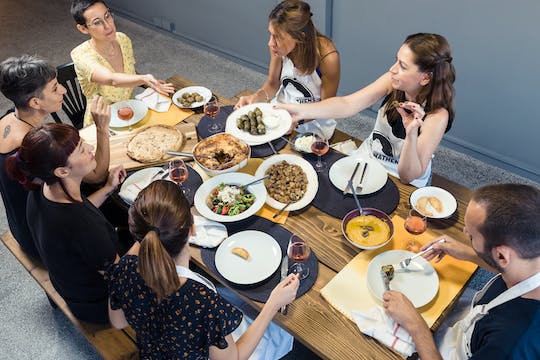 Greek mezze cooking class and dinner with an Acropolis view 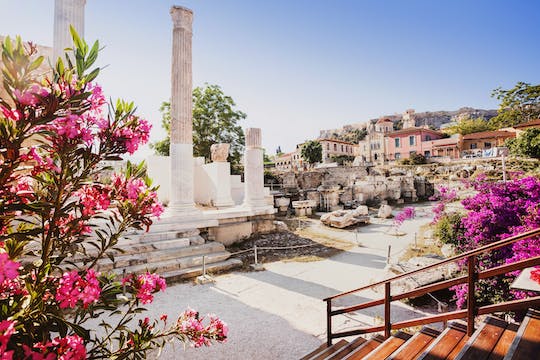 Self guided tour with interactive city game of Athens

Discover Athens during this interactive city game and have fun with your family and friends. 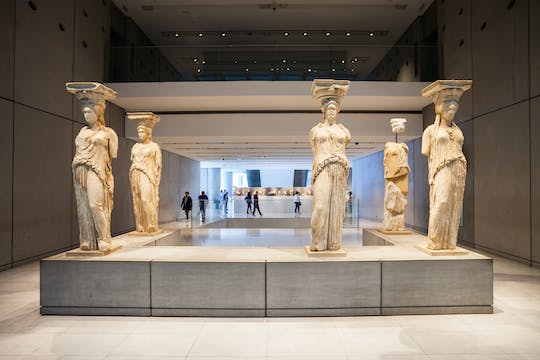 Experience the Acropolis Museum with a skip-the-line e-ticket combined with a self-guided audio tour on your smartphone.

Discover the Agora of Athens, the most important center for Ancient Greek society, find out more about its functions and visit its top attractions!

Things to do in Athens

It might be a little rough around the edges, but the Greeks have a point when they say that Athens is really one big village. Friendly people, fabulous food, vibrant nightlife and a sense of past glories infuse the whole city with an upbeat exuberance that’s a major part of its character. At the heart of Athens sits the Acropolis, the rocky plinth on which many famous relics from ancient Greece still perch, including the remarkable Parthenon and Temple of Athena Nike. Nearby, the neighbourhoods of Plaka and Monastiraki top the list for charm and excitement. Heading south, the city sprawl soon hits the coast, where buzzing seafront restaurants and beaches are the major draw. Set your sights a little further afield and you can reach Cape Sounion, the ancient city of Corinth or even the mystical site of Delphi on a day trip from the capital.Top six things to do in Athens1. Step back in time at the AcropolisIn many ways, the geography of Athens mirrors the experience you’ll have as a visitor. The Acropolis rises head and shoulders above the rest of the city, both literally and figuratively. The flat-topped outcrop was the logical hub for worship and refuge in ancient times, and relics of Greece’s golden age in the fifth century BC are still standing today. An instantly recognisable icon of Greece in particular and civilisation in general, the Parthenon is the crowning glory of Athens. These vast columns of stone have stood here for the last 2,500 years, and although the detail is lost, the impact remains. Equally impressive are the Propylaia gateway, the Erechtheion with its famous Porch of the Caryatids, and the Temple of Athena Nike.2. See the sights in Plaka and AnafiotikaDirectly below the Acropolis, lose yourself in the lanes of the historic Plaka district, one of the most appealing corners of the city. Busy with locals and visitors, the pedestrian-only streets are lined with tavernas and bars giving the whole area a lively vibe in the day and late into the night. Plaka also boasts some great little boutiques, ideal for browsing in search of that perfect souvenir. Between Plaka and the Acropolis, the sleepy hillside district of Anafiotika looks like it has been plucked from a tiny island and dropped here. As you explore the steep lanes and ancient cottages, you’ll feel a long way from central Athens. Syntagma Square, in contrast, is one of the city’s main transport hubs and it always effervesces with life. It’s here you’ll see the Greek parliament building, plus eccentrically attired ceremonial guards strutting to and fro, protecting the Tomb of the Unknown Soldier.3. Food glorious foodAmong the best things to do in Athens has to be eating out. Stick in a pin in the map and you’ll turn up something tasty, from the ubiquitous gyros to some serious fine dining. Breakfast could be a strong Greek coffee – beware the grounds at the bottom of the cup – with the classic koulouri, a bread ring coated in sesame seeds you’ll see everywhere. Flaky filo pastry pies are another typical street snack, filled with anything from spinach to chocolate. For a lunch on the go, you can’t go wrong with a gyros kebab or souvlaki skewer wrapped in warm pita with a little salad and doused in yogurt. Kostas on Pentelis Street has been dishing up these classics for almost 70 years. For the most characterful tavernas in Athens serving classics like moussaka and dolmades, head for the upper part of Plaka where tables spill out into the lanes. Finish with loukoumades, ancient Greek donut balls soaked in syrup, served since the time of the original Olympic Games.4. Take a trip to the Temple of PoseidonThe southern tip of the Attica peninsula tapers into the Aegean Sea at Cape Sounion, a broad, rocky headland with dramatic views along the coast. As if it wasn’t already romantic enough, the cape is crowned by the ruined temple of Poseidon. Today, little remains but the stone footing of the temple and a fleet of sturdy columns holding the mantle aloft. Located around 70km south of Athens, it might seem a long trip to see yet another ruined temple, but the lofty site serves up views over a dozen or so islands on a clear day. The remnants of the temple combine with the panorama and the wild landscape to give this place a special magic.5. Take a dip on the Athens RivieraAlmost a third of the population of Greece lives in the capital, which explains the endless suburbs. The sprawl won’t be winning any beauty contests but what it lacks in looks it makes up for in personality. To see Athenians at their most relaxed and festive, the seaside suburbs of the Athens Riviera are just the ticket. Stretching from Piraeus in the north to Vouliagmeni in the south, there’s a seaside to suit everyone. Akti Iliou has a good stretch of beach, though there’s a small fee for access. Upmarket Glyfada has a popular beach but is equally known for its shops, restaurants and nightlife, while the coves of Vouliagmeni are chic and exclusive.6. Venture beyond AthensArchaeological marvels come as thick and fast outside of Athens as they do in the city. Day trip options include ancient Corinth, once a strategic stronghold with power over trade from the east. The Romans constructed the town around 2,000 years ago, though what’s left of the temple of Apollo is much older, built by the ancient Greeks 500 years earlier. Mycenae, dating back to the 12th century BC, is worth a visit to see the Lion's Gate, the Cyclopean Wall and the Royal Tombs. Nearby, the theatre at Epidaurus is another ancient wonder, known for its remarkable acoustics and still in use today. Delphi was once considered the holiest place on earth, and today the Sanctuary of Apollo Pythios still feels pretty heavenly, set on a scenic flank of Mount Parnassus. It’s an unmissable stop even if you’re not a fan of the classics.
Read more