Experience the highlights of London on a private half-day guided tour. This Royal London tour includes the city's most famous castles, palaces and curches along with a scenic boat cruise.

Begin at the Tower of London, where you will explore the 900-year-old castle with your Blue Badge guide. Learn about the kings and queens who lived and died in the Tower, as well as its role as a fortress, prison, zoo, and observatory. Then, view the famous Crown Jewels, where your guide will tell you about the many attempts to steal the diamonds.

After, travel along the Thames on a river cruise and enjoy the stunning views of the Tower Bridge and the London Eye, finally docking in Westminster. Here, you will take a walking tour to see the Houses of Parliament - the home of the British government, and the magnificent Big Ben. Continuing, you'll stop to admire the exterior of the Westminster Abbey, pass through the gardens of St James Park and have the chance to see the Changing of the Guards in front of Buckingham Palace

As you stroll along the Mall, you will learn about the British kings and queens who turned the British Empire into the most dominant power on Earth. Your tour will end in Trafalgar Square, where your guide will suggest the best locations to explore, eat and shop.

Meeting point:
Meet your guide in front of the Hung Drawn & Quartered pub. Please arrive 10 minutes before the start time of the tour.
What to remember
Read more
Provider
Travel Curious Limited
Booking fee
Good news! No extra fees are applied to this booking.
Cancellation policy
Receive a 100% refund if you cancel up to 48 hours before the experience begins. 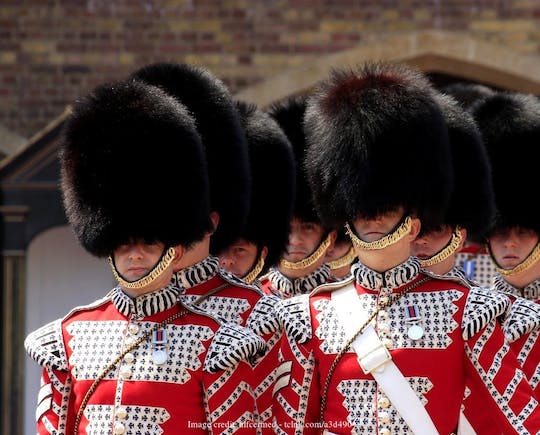