One of London's most iconic landmarks has got to be St Paul's Cathedral. A mammoth church which stands tall amongst the city's other buildings, St Paul's infamous domed roof stands out from the rest. It took Sir Christopher Wren 35 years to build, and on this tour you'll discover why, as you explore its seven chapels, enormous crypt and vast and beautiful interior. Your guide will regale you with stories of what happened to the catherdral during the Great Fire of London, and what priceless art lies inside, whilst a fascinating 270-degree film experience will allow you to virtually explore it further.

Next you will head to the Tower of London with its long, and somewhat gruesome history. Built by William The Conqueror, the Tower was created to imprison and execute spies, criminals and even Queens, so there are plenty of tales to tell. For those less interested in bloody history, there is a real treasure. Other than the ravens who are said to keep watch over the monarchy, the Tower's most famous resident is the glittering Crown Jewels Collection. You'll be able to see the world's largest cut diamond: the Star of Africa, plenty of crowns, sparkling robes and splendid royal regalia. Don't touch, though! After all this exploring, you'll relax on a lovely river cruise of the Thames, gaining a new perspective of London as you see the city from the water, before ending up at the iconic Houses of Parliament.

Meeting point:
Your tour will depart from The Original London Visitors Centre which is around a 10-minute walk from either Piccadilly Circus Underground Station or Charing Cross Station.
What to remember
Read more
Provider
Evan Evans Tours
Booking fee
Good news! No extra fees are applied to this booking.
Cancellation policy
Receive a 100% refund if you cancel up to 1 day before the experience begins. 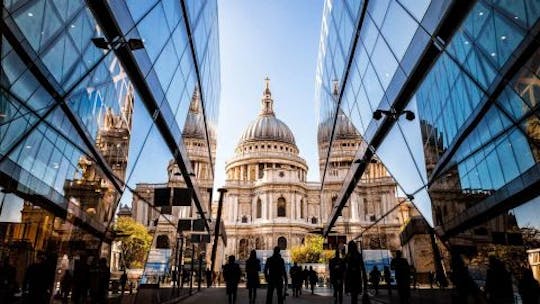